You can return to the page on Smart Dubai that you were just viewing by clicking "Return", or you can click "Continue" and be taken to view job opportunities at Smart Dubai through Dubai Careers.

Metanomics, The Next Step in Digital Economy Evolution 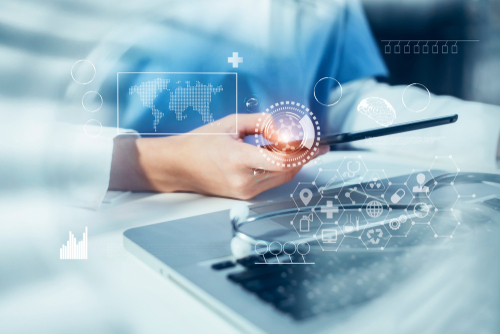 Metanomics in its entirety includes online jobs, assets, marketplaces, and traders that engage across a variety of online platforms that have recently emerged alongside the virtual digital economy. New platforms include popular names such as OpenSea, Sandbox, Upland, and Decentraland. Existing technology powerhouses are also developing their space in the Metanomics value chain, such as social networks, gaming companies, and streaming platforms.

The activity taking place on these platforms, namingly the trading of virtual assets and virtual labor within virtual environments using real monetary value, is part of Metanomics. Through this activity on the metaverse, people earn and spend “real” money on virtual commodities.

As disruptive as it sounds, the Metanomics value chain relies considerably on existing digital infrastructure to provide a seamless digital experience to consumers and traders. Beginning with infrastructure, where connectivity is provided by legacy internet providers such as Etisalat and Du in Dubai. Then there’s human interface, the devices that connect consumers to the metaverse, including phones and wearables. Decentralization and spatial computing also utilize existing tech, but are pushing the boundaries of existing AI and VR/AR experiences.

Metanomics thrives however, in the top three sections of the pyramid shown below. The creator economy:  where individuals and businesses can begin to create digital value, discovery: where mechanisms connect consumers to digital assets and experiences they may like, and finally experiences: platforms where Metanomics takes place. 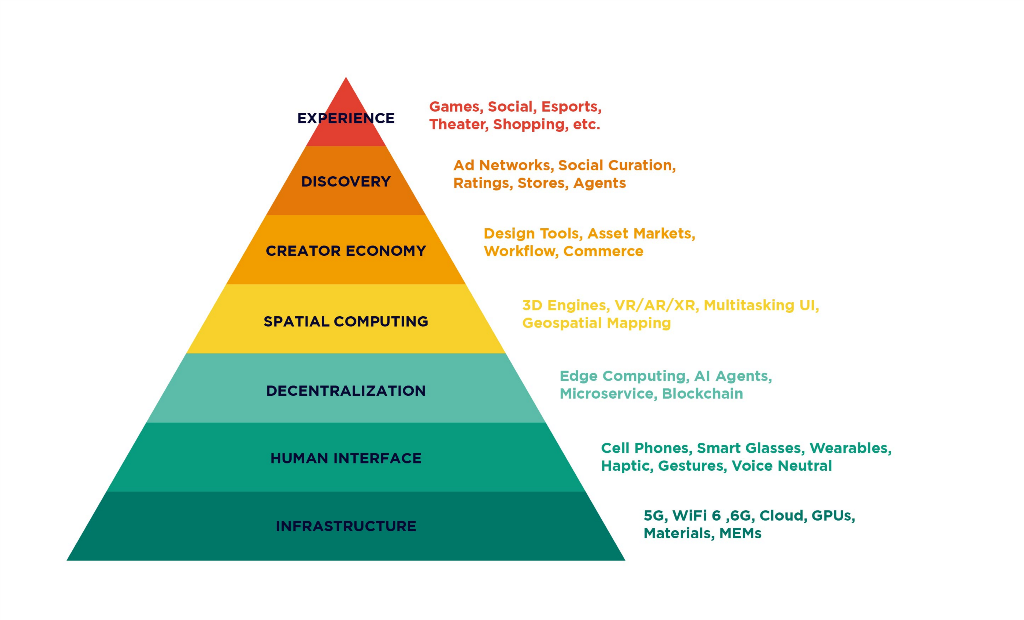 What jobs and goods are part of Metanomics?

By now you’re wondering one thing: how can I be a part of Metanomics? Much like the physical or digital economy, you’re either creating value or purchasing value. A creator or a consumer. Jobs and products. Currently Metanomics based jobs have an output of over $66.2 billion dollars a year. Roles include things as familiar as “influencers” all the way to developers who help grow digital worlds. There’s also an increasing scope for digital creators, digital community managers, e-sports players, and even digital event coordinators.

In terms of virtual digital goods you can purchase on the metaverse, these range from the well known concept of NFTs and cryptocurrencies to more niche items like virtual clothing, virtual property, and branded collectibles. Popular fashion brands like Adidas, Under Armour, and Louis Vuitton are already experimenting with product launches on the metaverse.

How significant is the economic opportunity of Metanomics?

The metaverse as a concept has captured the imagination of many, but with the growth and forecasted size of Metanomics, governments across the world have also started to take the opportunity seriously. Including the online gaming economy, it boasts value creation of $100 billion a year, which is already larger than the global film industry. Metanomics based jobs generate income of at least $66.2 billion, with a gross value added that matches the total output of the country of Bulgaria.

What does Metanomics mean for the city of Dubai?

Before discussing how Dubai can trailblaze its way through Metanomics, it’s important to note that governments have already started acting in the metaverse. The City of Seoul has set up a metaverse alliance to support innovations in line with their growing gaming market, Tencent in China has announced it will introduce a metaverse in line with Chinese regulations, and Barbados have gone a step further to establish metaverse embassies on popular platforms such as Decentraland, SuperWorld, and Sonmium Space.

The city of Dubai can act in three distinct ways to build its Metanomics credentials:

Metanomics and the metaverse may seem a daunting proposition to many who conduct business largely in the physical world, but most indicators and behaviors show that legacy businesses are quickly adopting and evolving businesses that can coexist – both physically and virtually. If the future is not completely virtual, it most definitely is a hybrid mix.