You can return to the page on Smart Dubai that you were just viewing by clicking "Return", or you can click "Continue" and be taken to view job opportunities at Smart Dubai through Dubai Careers.

The Smart Dubai Office (SDO) has launched the ‘Payment Reconciliation and Settlement’ System today (September 23, 2018), developed in collaboration with the Dubai Department of Finance as a Blockchain-powered upgrade to its financial system.

Dubai, September 24, 2018 – The Smart Dubai Office (SDO) has launched the ‘Payment Reconciliation and Settlement’ System today (September 23, 2018), developed in collaboration with the Dubai Department of Finance as a Blockchain-powered upgrade to its financial system.

The new system introduces Blockchain technology into the Department’s processes, allowing transactions to be performed accurately and in real time and economising time and effort. The Department of Finance’s current procedures rely on having staff members physically go through payments collected from various portals to manually reconcile and settle them, deducting the fees due to the Department and then transferring the remaining amounts to the relevant Authority – a time-consuming process that could take up to 45 days.

“Smart technologies continue to infiltrate every aspect of human life and societies; virtually everything we do today relies fully or to some degree on an advanced technology once considered ‘disruptive’,” said H.E. Dr Aisha Bint Butti Bin Bishr. “Guided by the forward-thinking vision of its leadership, Dubai has long been a trailblazer in embracing avant-garde technologies – most notably those of the Fourth Industrial Revolution – and tailoring them to meet the needs of our citizens, residents and visitors, in a bid to transform Dubai into the happiest and smartest city in the world.”

“Blockchain is one of the most promising of these technologies, attracting more investments every year,” Dr Aisha added. “Once again, Dubai was a pioneer in this sector and continues to make progress with the launch of the ‘Payment Reconciliation and Settlement’ System, which falls in line with the ambitious Dubai Blockchain Strategy, launched by His Highness Sheikh Hamdan bin Mohammed bin Rashid Al Maktoum, Crown Prince of Dubai and Chairman of the Dubai Executive Council. The Strategy seeks to increase government efficiency by transferring 100% of government transactions to the Blockchain network.”

“Ensuring the success of the ‘Payment Reconciliation and Settlement’ system requires fostering collaboration and synergy among the various Government entities that have joined – or are planning to join – the system, considering that it calls for each entity to open its data and work hand-in-hand with other departments from across the Government spectrum,” H.E. Dr Aisha concluded.

For his part, H.E. Wesam Lootah noted: “We, at Smart Dubai, consider technology to be a means for us to help improve people’s quality of life and spread happiness among them. Correctly applied across various key sectors, we believe Blockchain has massive potential to achieve our emirate’s ambitions for a fully-fledged smart transformation. In 2018 alone, investment in this game-changing technology surpassed that of all the previous years combined, and analysts project the global Blockchain market to be worth $290 billion by 2019.”

The Dubai Electricity and Water Authority (DEWA) and the Knowledge and Human Development Authority (KHDA) were the first government agencies to join the system; the two entities have already processed a combined total of more than five million transactions using the advanced Blockchain-powered system.

Government of Dubai and CBD Sign Agreement to Foster Partnership 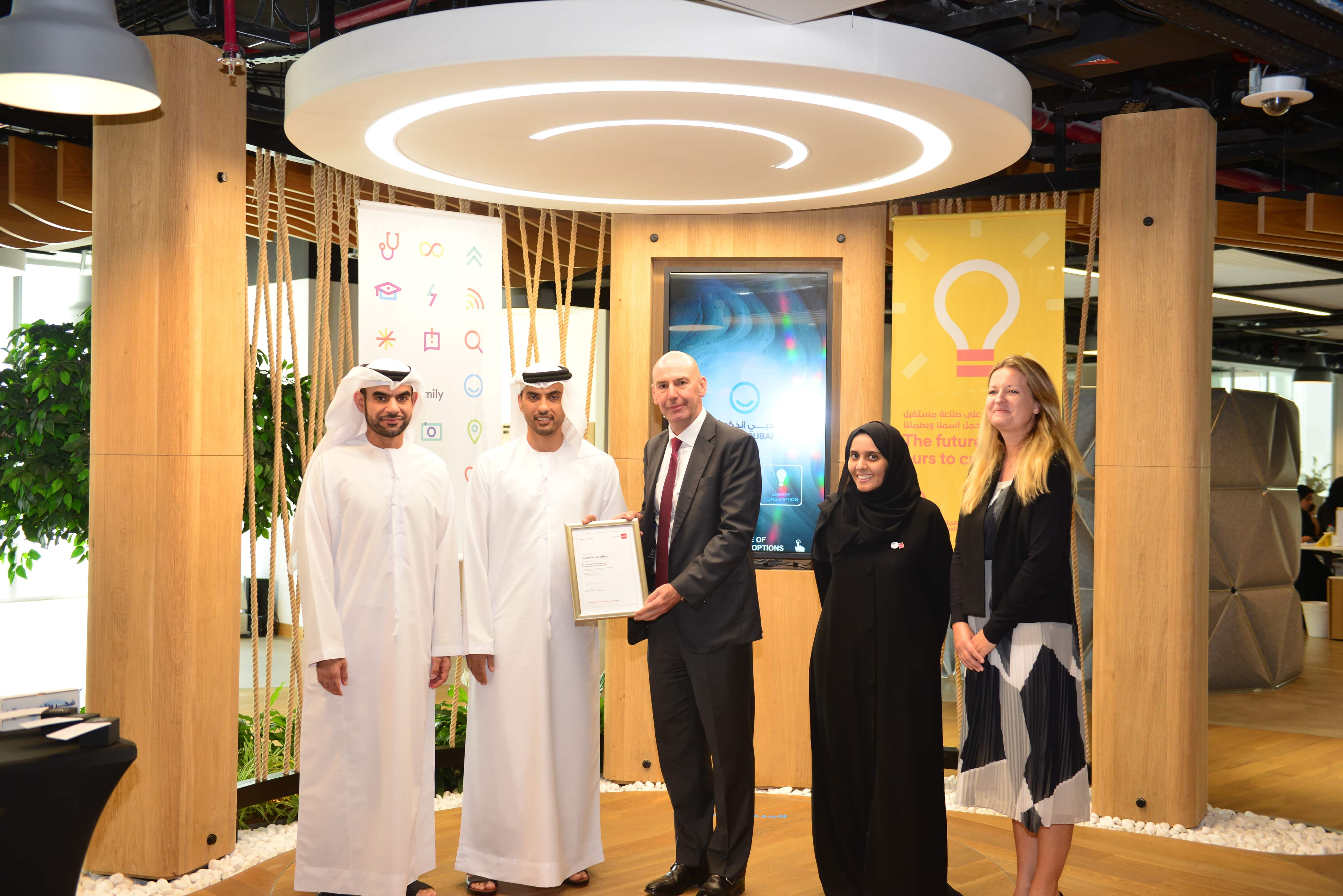